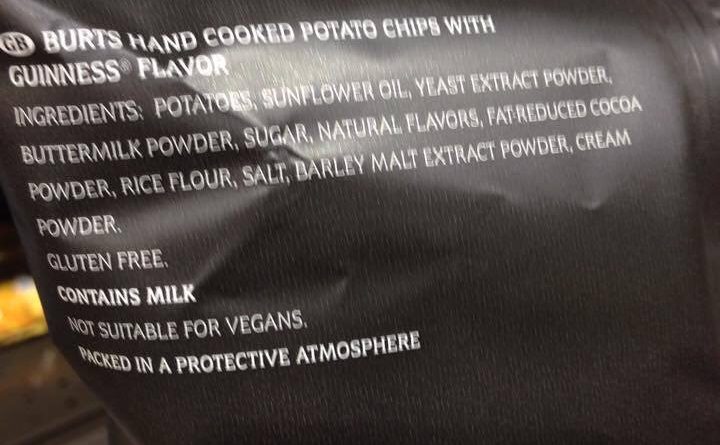 “Can FDA also please clarify the Agency’s position on the use of barley malt and barley malt extract in foods labeled gluten-free? Both of these ingredients contain hydrolyzed gluten protein. FDA has advised me via email correspondence that FDA considers malt extract an “ingredient not processed to remove gluten.” The Agency has also stated during a webinar to the Medical Nutrition Practice Group of the Academy of Nutrition and Dietetics on March 12, 2014 that,

“Malt is a product of barley germinated under controlled conditions. Malt syrup and malt extract are interchangeable terms for a viscous concentrate of water extract of germinated barley with or without the preservative. Malt syrup is usually a brown and viscous liquid containing varying amounts of amylolytic enzymes with plant constituents. So if malt syrup or malt extract are further processed in some way to remove proteins we believe that would change its nature to such an extent and alter the characteristics of the ingredient so that they would no longer bear the same common or usual name. Malt extract and malt syrup are ingredients derived from gluten containing grains and containing gluten therefore we would consider them as ingredients not processed to remove gluten and they would not be permitted in foods bearing the claim gluten-free.”

Nonetheless, there continue to be products sold in the US, especially products imported from Europe that are labeled gluten-free yet contain barley malt or barley malt extract.”

During the first two months of 2016, Gluten Free Watchdog has dealt directly with six manufacturers of foods labeled gluten-free containing malt ingredients from barley. After many hours of phone conversations and email correspondence all six manufacturers agreed to either remove the gluten-free claim from product packaging or remove the barley malt ingredient from the product. For detailed information on each of these products, see https://www.glutenfreewatchdog.org/news/foods-labeled-gluten-free-yet-containing-barley-malt-ingredients/

Code of Federal Regulation definitions for malt and malt extract

Malt: According to 21CFR184.1443a, “malt is an enzyme preparation obtained from barley which has been softened by a series of steeping operations and germinated under controlled conditions. It is a brown, sweet, and viscous liquid or a white to tan powder. Its characterizing enzyme activities are [alpha]-amylase (EC 3.2.1.1.) and [beta]-amylase (EC 3.2.1.2).” See http://www.accessdata.fda.gov/scripts/cdrh/cfdocs/cfcfr/CFRSearch.cfm?fr=184.1443a&SearchTerm=malt

Malt extract/malt syrup: According to 21CFR184.1445, “Malt syrup and malt extract are interchangeable terms for a viscous concentrate of water extract of germinated barley grain, with or without added safe preservative. Malt syrup is usually a brown, sweet, and viscous liquid containing varying amounts of amylolytic enzymes and plant constituents. Barley is first softened after cleaning by steeping operations and then allowed to germinate under controlled conditions. The germinated grain then undergoes processing, such as drying, grinding, extracting, filtering, and evaporating, to produce malt syrup (malt extract) with 75 to 80 percent solids or dried malt syrup with higher solids content.” See https://www.accessdata.fda.gov/scripts/cdrh/cfdocs/cfcfr/CFRSearch.cfm?fr=184.1445

In this Q&A document, the Agency writes the following under compliance:

Please note the inclusion of “food label reviews” in the above paragraph.

Based on records of email correspondence, Gluten Free Watchdog first notified our regional FDA Consumer Complaint Coordinator about a certain potato chip product on March 11, 2015. These chips are labeled gluten-free yet contain as an ingredient “barley malt extract powder.” On May 14, 2015 (after GFWD contacted FDA a second time about this product), FDA responded that the information provided was being taken as a formal complaint.

In early 2016, Gluten Free Watchdog continued to receive additional consumer complaints about this product. This product was still on store shelves months after this chip was first reported to FDA.

Note: Gluten Free Watchdog reached out to the chip manufacturer directly. The manufacturer is removing the gluten-free claim from the chip flavors containing barley malt ingredients.

FDA has repeatedly stated in verbal and written correspondence that malt and malt extract as defined in the CFR are not allowed in foods labeled gluten-free. FDA has stated in a Q&A that food label reviews are one of many activities that may be used to enforce the gluten-free labeling rule. It is curious then why foods labeled gluten-free yet containing malt and malt extract from barley are allowed to remain on store shelves months after the Agency is notified of such products.

The manufacturers we corresponded with are not trying to purposefully add an ingredient to a food labeled gluten-free that is not allowed. Without exception they all believe that the products in question are in compliance because the final food product contains less than 20 parts per million of gluten based on testing using the sandwich R5 ELISA.

It would be exceedingly helpful to manufacturers and consumers if the FDA could clearly and unambiguously state in a Q&A the Agency’s position on the use of malt and malt extract as defined in the CFR in foods labeled gluten-free. It would also be helpful if the FDA could clarify the Agency’s protocol for addressing food products labeled gluten-free yet containing ingredients not allowed.

Thank you for your consideration.

Barley: At one time a controversial grain for folks with celiac disease