Enough with the outlandish claims that folks with gluten-related disorders can eat your wheat or wheat bread without harm: They can’t! 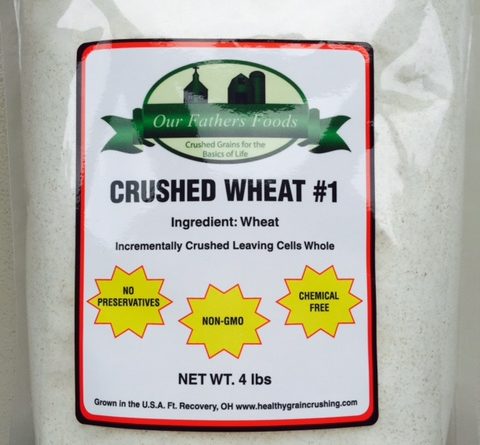 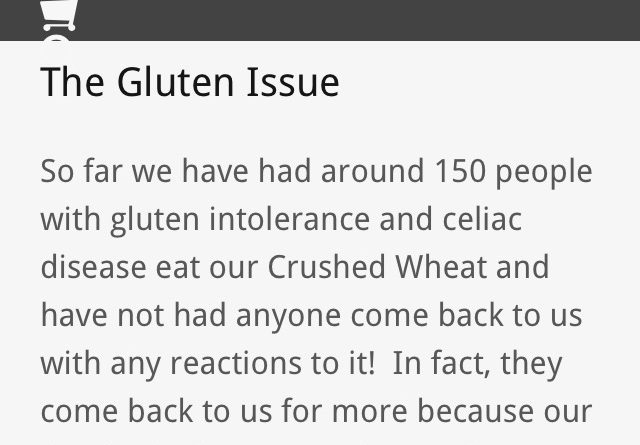 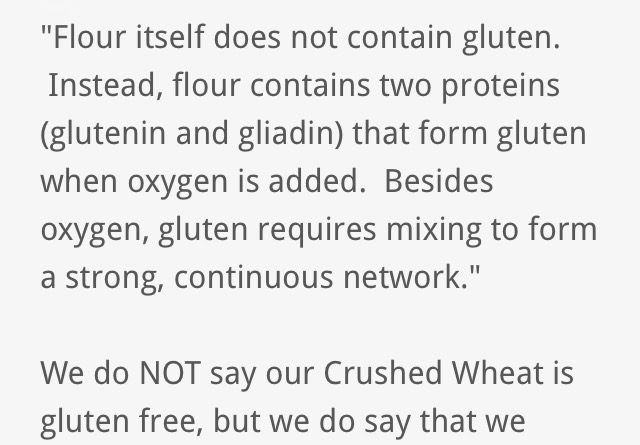 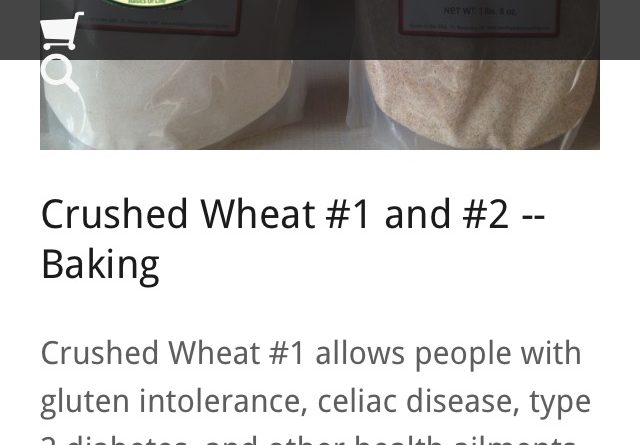 Enough with the outlandish claims that folks with gluten-related disorders can eat your wheat or wheat bread without harm: They can’t!

Why we tested wheat

Gluten Free Watchdog recently tested crushed wheat for gluten (yes, you read that correctly). This testing was done due to claims being made by the manufacturer “Our Fathers Foods.”

As of August 11, 2018 the following statements were posted on the website of Our Fathers Foods (see screenshots):

“Flour itself does not contain gluten. Instead, flour contains two proteins (glutenin and gliadin) that form gluten when oxygen is added. Besides oxygen, gluten requires mixing to form a strong, continuous network.”

Based on information posted on their website about gluten, Our Fathers Foods may be conflating various uses of the term “gluten.” Bakers (among others) define gluten as the elastic strands that form when the protein wheat gliadin and the protein wheat glutenin combine in the presence of water and kneading. What the manufacturer appears not to understand is that the proteins gliadin and glutenin are problematic to folks with celiac disease (no water or kneading required) because they contain harmful sequences of amino acids. These harmful sequences are found in wheat grain, crushed wheat, wheat flour, wheat dough, and fully baked bread (including sourdough wheat bread). Not an exhaustive list!

Gluten levels from 3 dilutions ranged from 102,400 to 103,850 parts per million. According to the lab, these results are similar to results for “regular” whole-wheat flour.

Results have been shared with Our Fathers Foods. We have asked them again to remove all claims related celiac disease and gluten intolerance from their website.

If you would like to reach out to Our Fathers Foods, their email address is teamworkmanufacturing@gmail.com and their phone number is (419) 790-8868. Both are publicly available on their website.

Note on sourdough wheat bread: Gluten Free Watchdog has tested three artisanal sourdough breads for gluten. We will not be testing any additional varieties. As the test results prove, wheat-based sourdough bread, including those made in small bakeries by artisanal bakers contains a lot of gluten and should not be eaten by anyone with a gluten related disorder. Full Stop. To read more about this testing see https://www.glutenfreewatchdog.org/news/sourdough-wheat-bread-is-not-safe-for-folks-with-celiac-disease/ 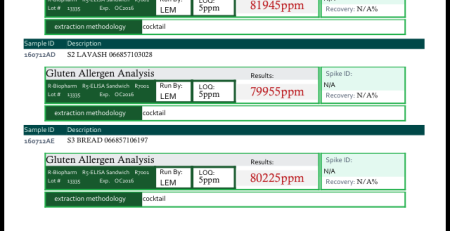 Product Alert: If You Have Celiac Disease Please Do Not Eat Millet-Based Products from Sami’s Bakery 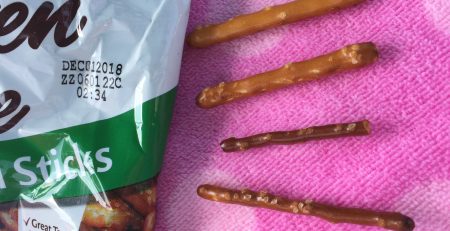