Gluten Free Watchdog recently received a question about the yeast used in a Crispin (Miller-Coors) hard cider certified gluten-free by GFCO. Neither GFCO nor Miller-Coors would disclose the growth medium used for the yeast.

Yeast testing: In an attempt to learn more about residual gluten protein in yeast grown on gluten-containing growth media Gluten Free Watchdog tested White Labs Pilsner Yeast cultured in a solution containing barley malt for gluten. This yeast is NOT labeled gluten-free. But, according to the manufacturer the yeast slurry contains 12 parts per million of gluten. When used to make a gluten-free beer, the manufacturer claims the gluten level falls to 2 parts per million of gluten http://www.whitelabs.com/faq/general/your-yeast-gluten-free. However, our testing found gluten at levels well above 20 parts per million in the particular packet of yeast tested.

These findings increased our curiosity about residual gluten in yeast grown on gluten containing growth media.

“The general consensus among the gluten-free brewers and home brewers is that the most straightforward way to ensure a gluten-free product is to stick to dry brewing yeast. Yeast for brewing typically comes from one of three forms, dried yeast packets, liquid yeasts, and yeast harvested from a prior batch of beer. While I cannot speak for every yeast manufacturer, my understanding of dry yeast is that it is isolated down to a few yeast cells (or even a single cell) and then cultivated on a molasses medium.

Typically liquid yeast is stored in a barley-based medium. I have heard that one of the yeast houses was developing a liquid yeast that was grown on a gluten-free medium, but I have not experimented with that to date or even sure if it is still commercially available. I am by no means an expert on yeast manufacturing. This is probably a better conversation for the yeast manufacturers.

We typically stick to the Danstar Lallemand, Brewferm, and Fermentis dry yeasts. While we have not had a chance to use every yeast, the ones we have experimented with have all passed both the competitive and sandwich tests based on our Bia Diagnostics results. Every time we get in a new shipment of yeast, we send it out for a sandwich and a competitive ELISA test.

As for yeast styles/strains, generally different yeast strains produce different fermentation characteristics in beer. For example, an American (aka Chico strain) tends to produce neutral flavors so the malt or hops can shine. Wheat beer yeasts tend to produce banana/clove flavors. Belgian strains can produce fruity or spicy characteristics in the beer. Over the years brewers have tried to capture and control these characteristics. It is my understanding that when yeast is cultivated and captured, the goal is to get it down to a single yeast cell to isolate those desirable yeast characteristics, which can then be repopulated on different medium. In other words, a pilsner or wheat beer yeast does not necessarily have to come directly from a barley or wheat based beer. It is a name for that strain of yeast and the characteristics it might possess. We have gotten some really good flavor profiles from the dry yeast strains.”

Q: Can you explain the difference between the manufacturing of beer and hard cider as it relates to the use of yeast?

A: Both beer and hard cider are fermented products, and the use of yeast will be similar. During fermentation, yeast consumes sugar and creates alcohol, carbon dioxide, heat, and nuanced flavors. In order for fermentation to occur, yeast needs a sugar source, nutrients, and oxygen. For beer, the sugar source and nutrients come from the malted grains. The malting and brewing processes create a sugary liquid called wort, which the yeast transforms into beer. For cider, the sugar comes from the apple juice. Certain yeast strains are better geared towards fermenting wort, and certain yeast strains are geared towards cider or wine. Either way, the brewer or cider maker would utilize dry, liquid, or harvested yeast to initiate the fermentation.

Q: Should gluten-free consumers ask brewers what type of yeast they use—liquid, dry, or harvested?

Q:  What type of information should brewers willingly disclose to concerned gluten-free consumers about growth media for yeast, testing protocols, and test results?

As a consumer myself, I would really want to know the following:

I would then filter the manufacturer’s answers through some of the recommendations Tricia has outlined below.

Our current practice at Aurochs is to produce our beer in a dedicated, gluten-free facility. We test every raw material that comes through the door at Bia Diagnostics. We currently utilize dry yeast. We do not allow outside non-gluten-free food into our facility. 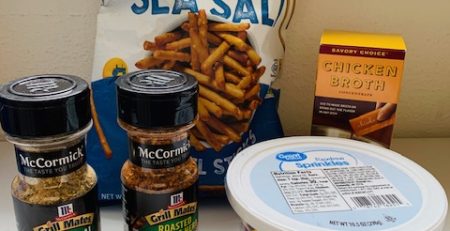 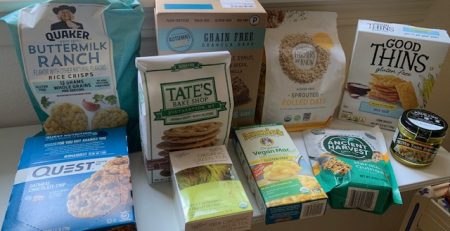