Product Alert (October 10, 2016): Kroger brand Yogurt & Berries Mini Rice Cakes. This product is labeled gluten-free and contains the ingredient “malted barley extract.” For product photos please click HERE Kroger has been contacted. Kroger believes they are in compliance with the FDA labeling rule because the product tests below 20 ppm of gluten and the barley ingredient is highly processed. UPDATE (August 10, 2017): This product remains on store shelves despite Kroger stating in November 2016 that the product had been reformulated to remove the malted barley extract. Regardless, 9 months later product is available on store shelves with a best before date of March 2018.

NEW Product Alert (September 2016): American BBQ Company Craft Beer Baby Back Pork Ribs are labeled gluten-free yet contain malted barley. The manufacturer has been contacted. A customer service representative responded to my email stating that they do have a sketch approval from USDA’s Food Safety and Inspection Service for this label. They also stated that the label in question is an older label and that they have “refreshed” the packaging for this product and it is no longer labeled gluten-free. I have followed up with the company asking if they plan to remove the ribs currently on store shelves that are labeled gluten-free. I have also contacted the USDA to ask if the label approval was an oversight. USDA responded to my email stating that they are NOT approving gluten-free claims with malted barley.

PRODUCT ALERT (April 15, 2016): Sam Mills Granola (Buckwheat, Millet, and Amaranth variety): This cereal contains “gluten-free barley malt.” It is made by Emco in the Czech Republic for Sam Mills. For product photos click HERE. Sam Mills has been contacted.

PRODUCT ALERT (April 12, 2016): Emco Gluten-Free Granola (Honey & Nuts variety): This product contains “gluten-free barley malt.” It is made by the same manufacturer of the Aldi and Sam Mills granola bars discussed below. This cereal is imported to the US from the Czech Republic. For product photos click HERE. Emco has been contacted.

Please be aware of the following products labeled gluten-free yet containing malt ingredients (ingredients have been confirmed via photos of product packaging sent to me by consumers and through forwarded email correspondence from manufacturers to consumers). I have not yet had a chance to contact all manufacturers on this list. If you come across a product labeled gluten-free yet containing malt, malt extract, or malt syrup please send photos of the gluten-free claim on product packaging, ingredients list, UPC code, expiration/best by date, and lot number. Thank you to everyone who provided information on the following products: 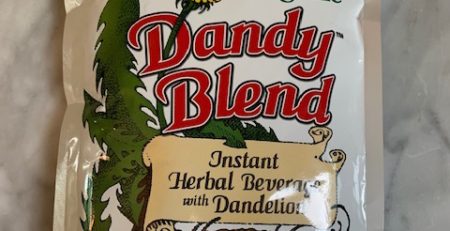 Barley: At one time a controversial grain for folks with celiac disease

Suzanne Simpson, dietitian at the Celiac Center at Columbia University recently alerted me to…