The Gluten Free Watchdog community has reached out to me regarding the study “Gluten content of imported gluten-free foods: national and international implications “published in the Medical Journal of Australia in October. This is a short report and the full text is available at https://www.mja.com.au/system/files/issues/205_07/10.5694mja16.00485.pdf

Assay used to assess food for gluten. Study authors state that 20/169 products tested contained detectable but unquantifiable gluten below 1 ppm and 4/169 contained quantifiable gluten at or above 1 ppm. However, they also state that the ESGLISS-48 ELISA from ELISA Systems was used to assess products for gluten. According to the manufacturer this assay measures low levels of gliadin in the range of 2 to 20 ppm gliadin. This corresponds to 4 to 40 ppm gluten. It is therefore curious why the study authors are reporting 1 ppm gluten as the limit of quantification.

In addition, according to the manufacturer the ESGLISS-48 ELISA is based on the antibody to the omega-gliadin fraction of wheat protein. Assays based on this antibody have a very low cross-reactivity to barley. This means that any barley contamination in gluten-free foods will be greatly underestimated.

Assay used by Gluten Free Watchdog, LLC. Products tested through Gluten Free Watchdog are tested using the R5 ELISA Mendez method. This is the Codex Type 1 method for measuring gluten contamination in food. It is also one of two assays the FDA has stated it will use when necessary to assess compliance with the gluten-free labeling rule. This assay has been fully validated in a multi-laboratory ring trial by the Prolamin Working Group. It has a limit of detection of 1 ppm gluten (depending upon the makeup of the food being tested) and a limit of quantification of 5 ppm gluten.

Most labs report test results down to the lower limit of quantification. Results below this level cannot be quantified. In addition the limit of detection will vary depending upon the product being tested. That said, the standard in Australia and New Zealand currently is no detectable gluten.

What would be helpful in the future: It would be interesting for the researchers to assess imported and domestically produced foods sold in Australia using the R5 ELISA. One popular Australian brand sold in the US and tested by Gluten Free Watchdog had gluten levels above the lower limit of quantification of 5 ppm (but below the 20 ppm standard required food foods labeled gluten-free in the US).

Note: Coeliac New Zealand has issued a statement about this article stating in part, “Coeliac NZ do not support this research. Through advice from our medical advisory, we believe the research methodology and testing methods used which led to these recommendations, are not credible and therefore provide misleading information for the GF consumer and manufacturer.” The complete statement is available at: https://coeliacnz.worldsecuresystems.com/announcement/confusion-over-research-methodology-claims

Gluten Contamination of Gluten-Free Foods Sold in the US 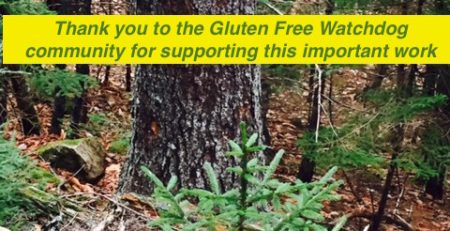 The vast majority of
manufacturers of gluten-free foods are doing it right! 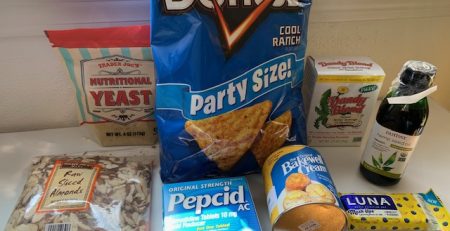