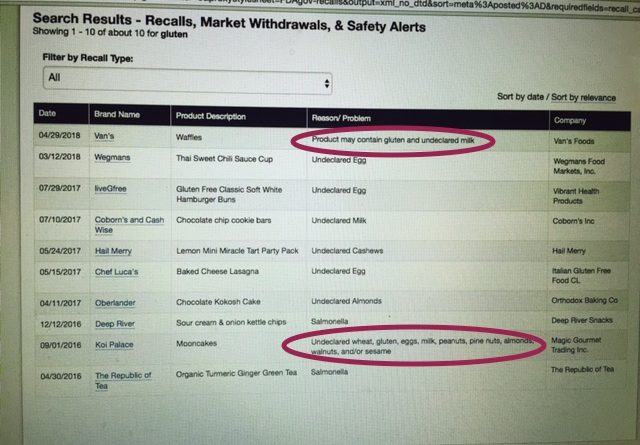 Question: How many FDA food recalls have there been since January 1, 2016 and the reason/problem cited by the FDA is gluten?

A search under “gluten” on FDA’s “Recalls, Market Withdrawals, & Safety Alerts” page resulted in the following:

How many potentially facially misbranded products, including those containing barley malt ingredients and hydrolyzed wheat protein have been reported to FDA staff by Gluten Free Watchdog?

Note: Some products are included in more than one year as they remain on store shelves.

Note: The above listing does not include foods tested by Gluten Free Watchdog and found to contain levels of gluten of at least 20 parts per million.

Based on the above information, it appears that FDA is not recalling products labeled gluten-free that include in the ingredients list: malt, malt extract, malt syrup, malt vinegar, and wheat as a sub-ingredient in shoyu/soy sauce.

Does this mean FDA allows the above named ingredients to be included in foods labeled gluten-free?

Then why isn’t the FDA enforcing the gluten-free labeling rule when it comes to these ingredients? We don’t know.

What recourse does the community have?

Is there legal recourse if the FDA is not enforcing the gluten-free rule? Hmm. 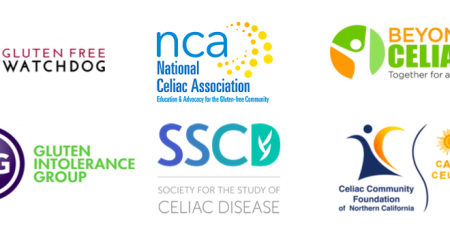 Background: If you are not familiar with this policy, it states in a nutshell… 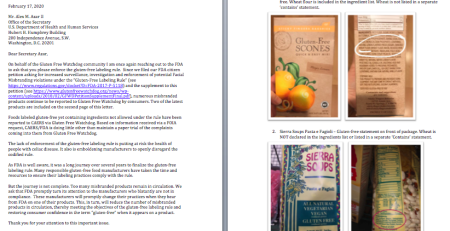 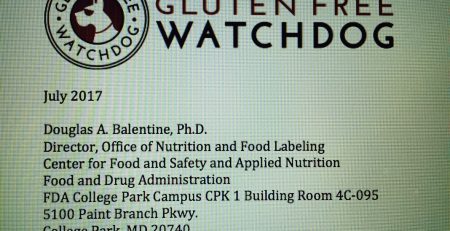 Dear FDA Director of the Office of Nutrition and Food Labeling: Enforce the Gluten-Free Labeling Rule 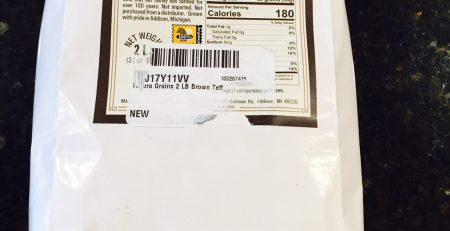 FDA, Please investigate labeled gluten-free foods testing at or above 20 parts per million and enforce your own rule

Does FDA ever intend to take public enforcement action against manufacturers misbranding products gluten-free that list malt ingredients? May 24, 2022
If you would like to make a donation to a worthy cause for Celiac Disease Awareness Month, here is a suggestion  May 18, 2022
Audio Message from Gluten Free Watchdog Asking You to Comment on FDA’s Draft Guidance on Evaluating the Public Health Importance of Food Allergens May 17, 2022