Mercury and the Gluten-Free Diet

Mercury and the Gluten-Free Diet

What are these studies telling us? It is too soon to say and any interpretation is speculative at this point.

Gluten Free Watchdog had six brands of rice tested for Mercury at Dartmouth College. Brands tested were requested by subscribers to Gluten Free Watchdog and represent products consumed by the gluten-free community in the US. Results for total mercury ranged from below the limit of detection of 0.002 micrograms per gram to 0.004 micrograms per gram. As a point of reference, China (which has had an issue with mercury contaminated rice) has a regulatory limit for total mercury in grains, including rice of 0.02 mg/kg (which is the same as 0.02 micrograms per gram).

Note: According to the lab, 19 other rice samples were tested for mecury in addition to the samples submitted by Gluten Free Watchdog. All results were similarly low.

Eat low mercury fish. For a great info graphic from FDA and the EPA see https://www.fda.gov/Food/FoodborneIllnessContaminants/Metals/ucm534873.htm 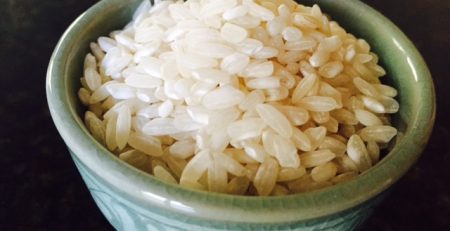 Arsenic and Mercury in Rice: New Research from Dartmouth College

Note: If you are a subscriber to Gluten Free Watchdog, summary test…