NEW: Three Jerks Jerky Soy Vay Veri Teriyaki: Based on product labeling (product purchased September 26th from Amazon) this product is labeled gluten-free yet contains soy sauce made from wheat. The USDA has been notified.

Chef Myron’s Magic 20 Gauge Marinade as well as ALL Chef Myron’s sauces labeled gluten-free and containing shoyu sauce made using wheat (February 28, 2017): This product is labeled gluten-free and contains shoyu sauce made using wheat. Also, please be aware that Chef Myron’s supplies products to other food manufacturers and food service. We have dealt with this manufacturer before. Both the product label and the website state that the wheat protein is broken down into amino acids during fermentation. Please see the FDA statement on soy sauce at the bottom of this post.

Salamida State Fair Big Hawaii Teriyaki Marinade (February 28, 2017): Based on photos shared with Gluten Free Watchdog this product is labeled gluten-free and contains soy sauce made using wheat. We spoke with the manufacturer yesterday and were told they would remove the gluten-free claim from the neck tag. We were also told that the gluten-free label will be removed from their steak sauce (see entry below).

Royal Asia GF Glass Noodles with Vegetables (May 31, 2016): Based on product photos shared with GFWD this product is labeled gluten-free, includes the CSA certification seal on product packaging, and contains soy sauce that includes wheat as a sub-ingredient. Update June 6, 2016: According to CSA, they do not certify this product and they are taking appropriate action. GFWD has contacted the manufacturer/distributor.

Banjo Bourbon BBQ Sauce (under the Stop & Shop label) (April 20, 2016): Labeled gluten-free yet contains soy sauce that lists wheat as a sub-ingredient. Stop & Shop has been notified. Currently wheat-based soy sauce is NOT allowed in foods labeled gluten-free. UPDATE August 24: This product appears to have been reformulated. Soy sauce is no longer included in the ingredients list.

What the FDA states in their Q&A on the proposed rule for gluten-free labeling of fermented or hydrolyzed food that pertains to soy sauce:

What additional requirements does FDA propose to verify a “gluten-free” claim on hydrolyzed or fermented foods?

Because the current gluten tests do not adequately detect and quantify gluten in fermented and hydrolyzed foods or ingredients, FDA proposes that, in order to make a “gluten-free” claim, manufacturers of these foods would have to make and keep records to show all of the following:

The food meets the definition for “gluten-free” in 21 CFR 101.91(a)(3), including that the food had less than 20 ppm gluten, BEFORE (emphasis added by GFWD) fermentation or hydrolysis.

What is an example of a hydrolyzed or fermented food product that would STILL (emphasis added by GFWD) not be permitted to bear the “gluten-free” claim in its labeling under this proposed rule?

Fermented or hydrolyzed soy sauce made from gluten-containing grains would not be permitted to bear a “gluten-free” claim, unless the grains were processed to remove gluten and the use of the ingredient resulted in the presence of less than 20 ppm gluten in the food.

WHAT THIS MEANS (from GFWD not FDA): The wheat used in soy sauce would have to be processed to remove gluten BEFORE undergoing the fermentation used to make soy sauce. Fermentation/hydrolysis (unlike distillation) is not considered by the FDA to be a “process that removes gluten.” 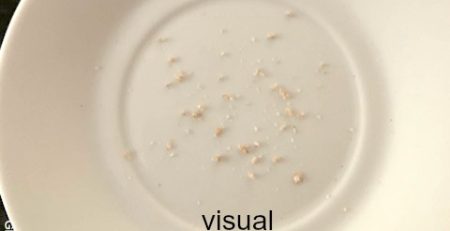 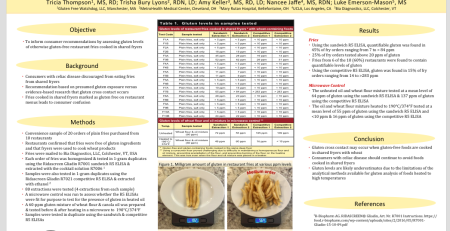