In the opinion of Gluten Free Watchdog, this sampling method is not well suited for testing packaged foods that may have heterogeneous (unevenly distributed) gluten contamination or restaurant meals with spotty cross contact from gluten-containing foods. For an explanation please see the following two videos

Testing barley: Nima was able to detect gluten when Gluten Free Watchdog tested single grains of barley. These grains came from bags of lentils and were identified as barley by a grain farmer via photographs and physical characteristics. The Nima test results for the two grains (tested separately) were “low gluten.”

The “low gluten” results were a bit surprising. We thought this reading might have something to do with the low weight of the sample so we tested a similar amount of wheat-based breadcrumbs. The result for the breadcrumbs was “high gluten.”

These test results taken as a whole make us very curious about the cross-reactivity of the antibody used by Nima with the various gluten-containing grain. Might this antibody have a “low” cross-reactivity to barley?

A video describing the testing of barley grain is available at https://www.glutenfreewatchdog.org/news/mystery-grain-in-edison-grainery-lentils-tests-low-gluten-using-nima/

How does the Nima team define low gluten? The grain test results also caused us to question how the term “low gluten” is defined by the Nima team. The Nima website provides the following information:

What is the explanation for this large range and overlap?

The Nima accurately tested the mustard without gluten ingredients to be “gluten-free.” It also accurately detected gluten in the mustard containing wheat flour. The issue that came to light when testing mustard pertains to sample dilution.

The Nima website states that certain samples should be diluted with water before testing https://nimasensor.com/nima-testing/. These samples include dry or powdery foods, intensely colored foods, and vitamins and pills. Instructions for testing these sample types state to “use only a small amount and dilute with water.” Small amount is not defined and the amount of water is not defined. Keep in mind that when you add water to a sample you are decreasing the ppm level of gluten in that sample. This is likely why straight mustard tested high gluten and diluted mustard tested low gluten.

“My main concern from the mustard testing would be that you have to dilute some samples to make them suitable for use in the sensor, but there is no way to take this dilution into consideration with the final result. If in the lab we dilute a sample we know this would have the knock on effect of increasing the LOD of the test.  So if the mustard was low gluten due to cross contamination this may be missed when you dilute the sample out with water. (You are eating the mustard not the watered down mustard!).”

Gluten Free Watchdog is in the process of purchasing foods to have tested using the Nima, R5 ELISA and possibly R-biopharm’s lateral flow device. This testing will be done by Bia Diagnostics. 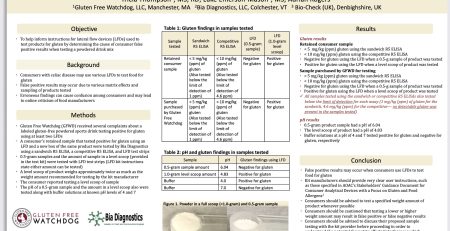 The Need for a Standardized Sample Portion When Testing Food for Gluten Using an LFD: A Case Study

This is the second in a series of videos on testing food for gluten…. 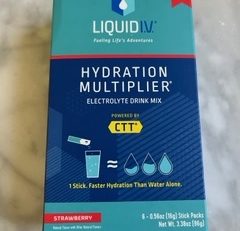