In the US we are not used to seeing wheat starch in gluten-free food. This may be changing. Schar* has introduced their wheat starch-based croissants to the US market. This may lead other manufacturers of gluten-free foods to follow suit. As you make a personal decision whether to eat these products, you may want to keep the following points in mind:

1.     In the U.S. wheat starch is allowed in food labeled gluten-free.

4.     Individuals with gluten-related disorders should eat wheat starch and wheat-starch containing products only if they are labeled gluten-free.

5.     Manufacturers who choose to use wheat starch in their products should make sure the wheat starch is represented by the supplier as gluten-free and containing less than 20 parts per million of gluten.

6.     Wheat starch should be tested using both the sandwich and competitive R5 ELISAs.

b.     The competitive R5 ELISA is used when gluten has been partially hydrolyzed.

c.      Gluten in wheat starch may be partially broken down during processing (1).

7.     Current testing methods for gluten contamination are not perfect.

a.     Gluten is made up of prolamins and glutelins; in wheat the prolamin is gliadin and the glutelin is glutenin.

b.     The gliadin value is multiplied by 2 to determine the level of gluten.

d.     However in reality this ratio is variable.

f.      The ratio was less than 1 in seven out of fifteen wheat starch samples (meaning that the gluten content was underestimated) (1).

g.     Researchers concluded, “The considerable variation of gliadin to glutenin ratios confirmed the need for a reliable, non-immunochemical analytical method capable of accurately quantitating both gliadin and gluten in wheat starch samples to ensure the safety of gluten-free foods for coeliac disease patients.” (1)

Bottom Line: If you choose to eat foods made from wheat starch make sure:

1.The product is labeled gluten-free.

2.The manufacturer and/or supplier are testing wheat starch for gluten using both the sandwich and competitive R5 ELISAs.

For a listing of products tested please click HERE. Test results are available to subscribers of GFWD.

*Note: Because of R-biopharm’s recommendation to test wheat starch with the competitive R5 ELISA, GFWD has been in communication with Schar regarding testing.

Statement from Schar regarding their testing protocol:

“Dr. Schär has a long-standing experience in gluten testing as Dr. Schär adheres to the strictest gluten thresholds since more than 30 years. Every product batch is tested to assure the compliance with the legal treshold of 20 ppm. Before Dr.Schär introduced certified gluten free wheat starch the potential suppliers were thoroughly tested with all available validated test methods and in collaboration with the leading test kit manufacturers to assure the security of the products containing gluten free wheat starch. Finally the supplier with the most effective gluten removal technology and the best sensoric results was chosen to guarantee the same high standard for wheat starch containing gluten free products. Schär tested all Gluten Free Croissant batches with both the sandwich and competitive R5 ELISAs and all results were below 20 ppm gluten. Schär will regularly test croissants using both the sandwich and competitive R5 ELISAs per the recommendation of R-biopharm.” 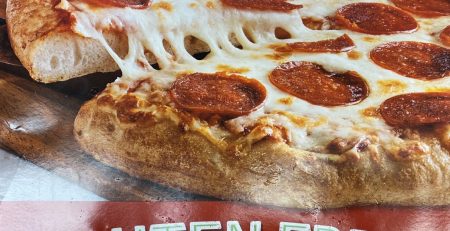 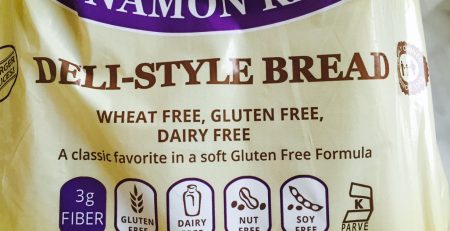