Where does this leave people with celiac disease and other gluten-related disorders? The handout posted below was provided to Gluten Free Watchdog by a consumer. She received this information when she picked up her prescription. Gluten Free Watchdog is requesting comment on the handout as we contemplate next steps. Please also read the information below the photo. Thank you!

Note: This act does not appear to have made any headway.

On April 8, 2021, Representative Tim Ryan (D-Ohio) introduced bill H.R.2435 “to amend the Federal Food, Drug, and Cosmetic Act to require the label of a drug that is intended for human use and contains an ingredient that is derived directly or indirectly from a gluten-containing grain to identify each such ingredient, and for other purposes.” Representative Steve Stivers (R-OH) is co-sponsor. This bill is in committee and has not yet been sent to the House. For more information, see https://www.congress.gov/bill/117th-congress/house-bill/2435.

At Gluten Free Watchdog we are fully supportive of transparency and this support extends to ingredients in medicine. Our hope is that passage of this bill will decrease much of the anxiety around medicine and gluten in the celiac disease community.

In the meantime, remember that the FDA has stated they know of no oral drug products currently in the marketplace that contain wheat gluten or wheat flour as an ingredient. The agency has identified a few oral medications that contain wheat starch as an ingredient. (Oral drug products do not typically contain barley or rye). For more information see https://www.fda.gov/drugs/ensuring-safe-use-medicine/medications-and-gluten

It is also important to remember that when wheat starch is used in a medication it is likely to be used in small amounts and contribute very little residual gluten protein to the final product. This is because wheat starch contains only small amounts of residual protein and the weight amount of most medication dosages is low. As a result, the amount of gluten ingested is low. For example if a medication contains 20 ppm of gluten, you would have to ingest one ounce of medication (this is a lot) to take in about ½ milligram of gluten (10 mg of gluten per day is considered a “safe” amount by most experts). What does an ounce of medication look like? Here is one example: 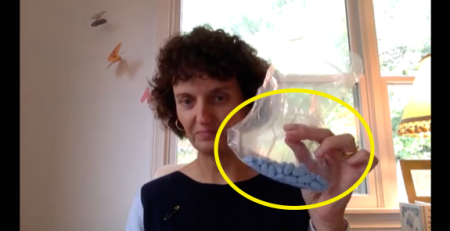 Gluten in Medicine Disclosure Act of 2021