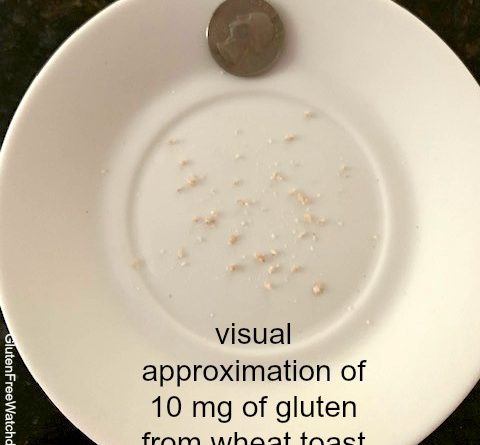 10 milligrams of gluten per day is generally considered by experts to be a safe amount for individuals with celiac disease. But what does this look like in terms of bread crumbs?

Based on this assumption and using a nonscientific scale:

0.5 ounces of bread containing 1,757.5 mg of gluten looks approximately like this:

0.1 ounces of bread containing 351.5 mg of gluten looks approximately like this:

If the above piece of bread contains 351.5 mg of gluten, 50 mg of gluten in the form of bread would look a bit like this (1/7 of the amount above)

And 10 mg of gluten (1/5 of the amount above) in the form of bread would look a bit like this:

And 10 mg of gluten in the form of toasted bread crumbs would look a bit like this:

If regular white wheat bread contains 12,400 milligrams of gluten per 100 grams (our original assumption), then it is comprised of 12% gluten. A photo of 10 mg of pure gluten would look a lot smaller than the above photo of bread crumbs containing 10 mg gluten. 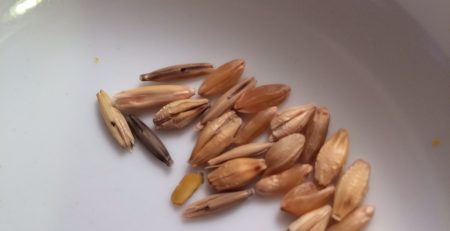