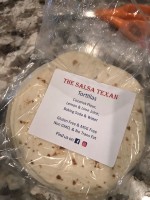 The following report on The Salsa Texan Tortillas will inform you of the amount of gluten found in this product during testing. 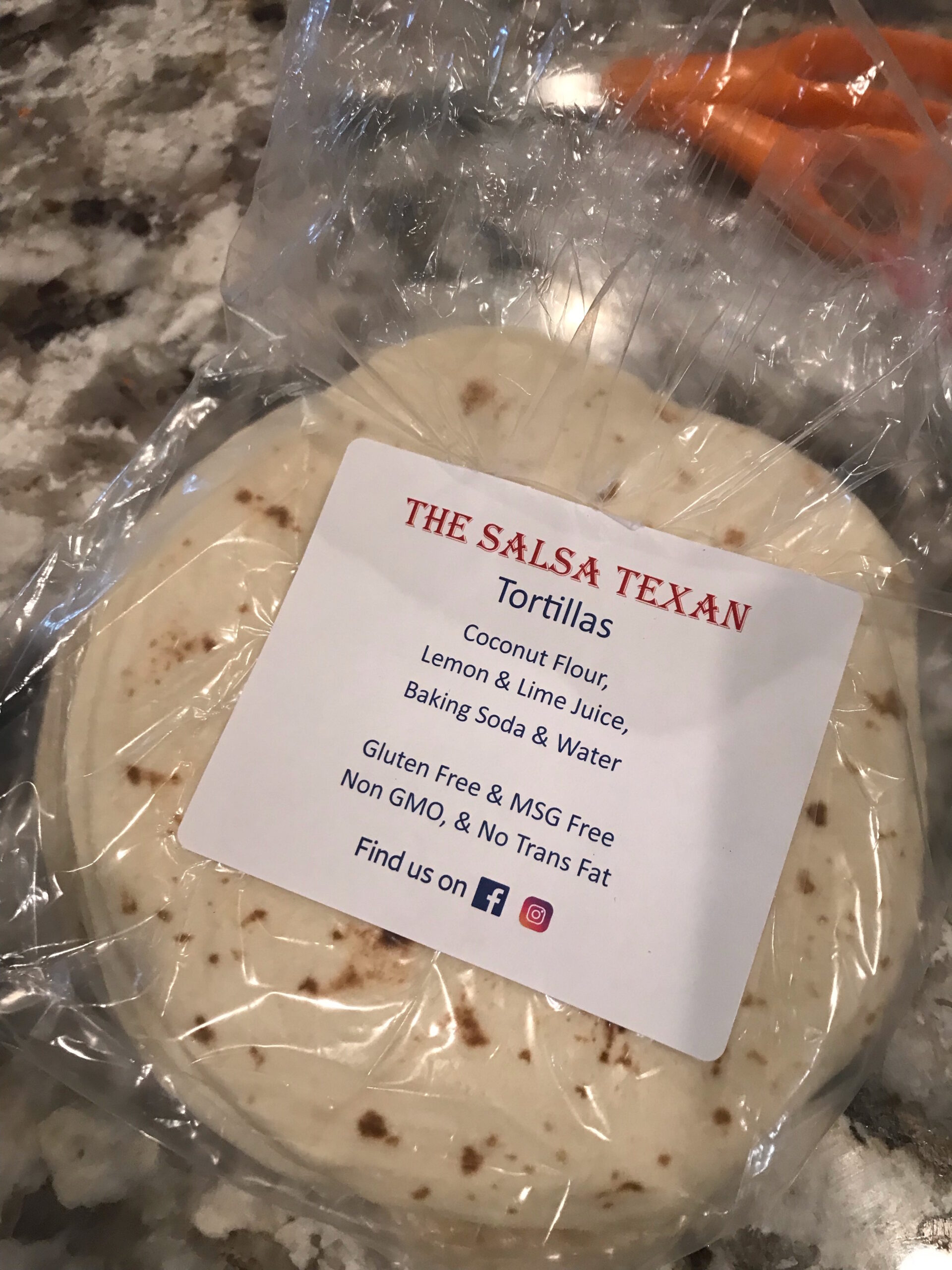 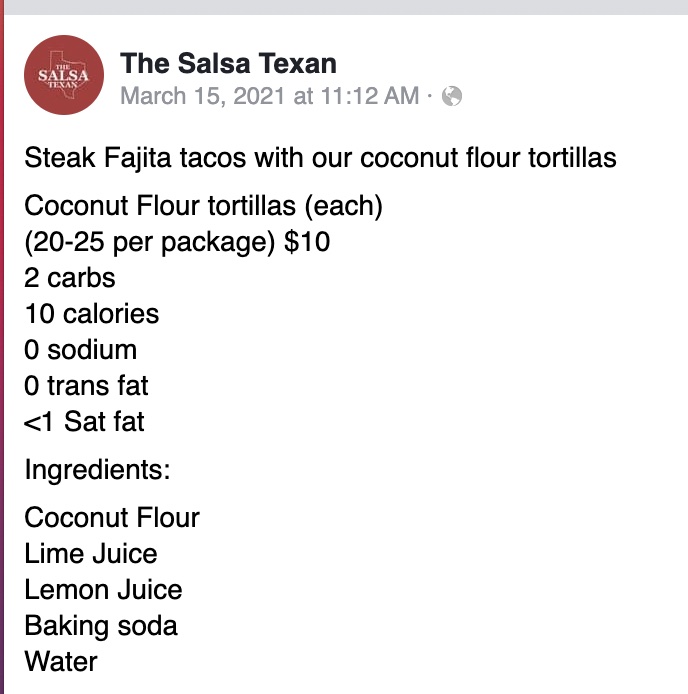 Preliminary testing done on November 9, 2021: Two extractions tested at > 84 parts per million of gluten. This means the actual gluten content of the tortillas tested is above the highest standard for the assay used.

Follow-up testing done on November 10, 2021: The lab diluted the sample (1/1000) to bring the results in line with the standard curve. An additional extraction tested at 64,731 parts per million of gluten. Based on this result, gluten-containing flour is a major ingredient in the sample tested. Wheat flour contains a level of gluten of approximately 100,000 parts per million.

Background: A consumer reached out to GFWD when her daughter became ill after eating a tortilla. She tested the tortillas on two separate occasions using EZ Gluten test strips (https://www.ezgluten.com/). Both results were high positive. According to a conversation the consumer had with the assay manufacturer, high positive corresponds to approximately 500 parts per million of gluten. Note: this assay also has a "very high positive" result. GFWD normally doesn't test products opened by consumers or that have tested positive for gluten using a consumer lateral flow test. However, an exception was made in this case due to the illness report and the two high positive test results.

GFWD also spoke at length to the owner of the company. The following statement was posted by The Salsa Texan: 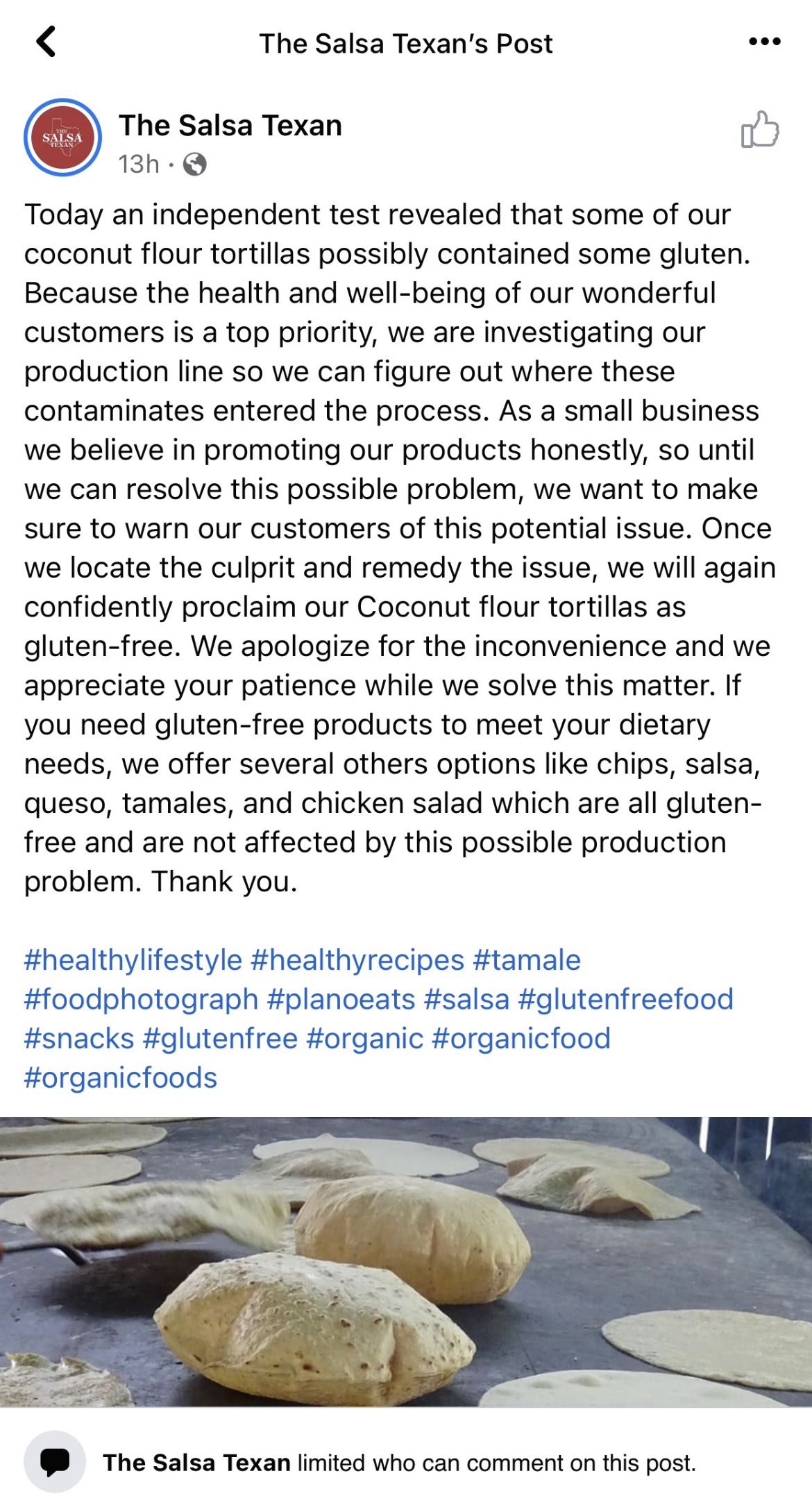 Please watch this space for updates.

Update March 21, 2022: Tortillas are no longer labeled gluten-free. The first ingredient is now listed as "blended flour." Small print at the bottom of the label lists the flour contents as enriched flour, bleached flour, and malt barley flour. By definition, under the FDA's Code of Federal Regulations, the ingredients "enriched flour" and "bleached flour" are enriched wheat flour and bleached wheat flour. However, wheat is not declared on the label. This is a violation of the Food Allergen Labeling and Consumer Protection Act. FDA has been notified. We tried again to get an update on any FDA enforcement action and were advised that our "complaint is currently under investigation." We are filing a Freedom of Information Act reguest for information regarding enforcement action. 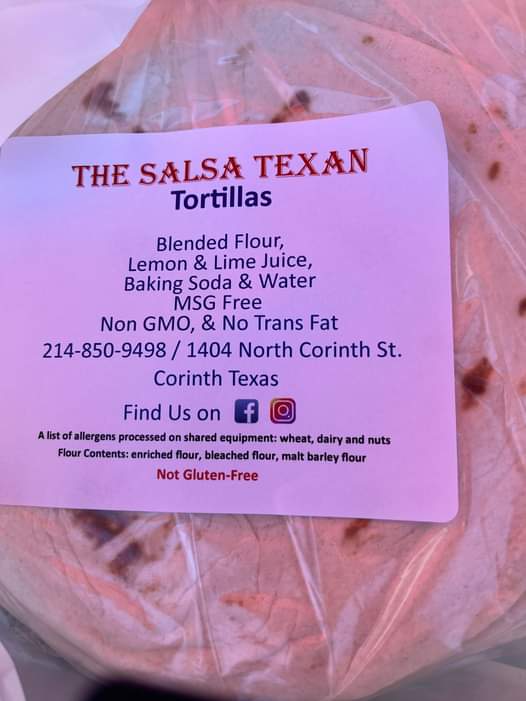